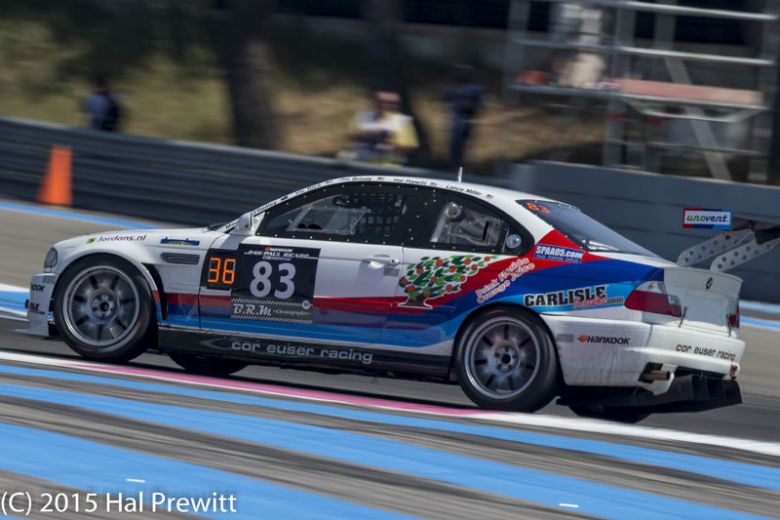 More Drives Available at www.carpe-diem-racing.com - conditions and details on request.

A few words about your co-driver in the 2015 24H Series. Cor Euser, professional race driver since 1984, has a motorsport CV to envy; via Formula Ford 2000, Formula 3000, Indycars, to touring and GT cars with his own Marcos Racing International race team introducing the awesome "La Bomba" Marcos LM600 that he won the GT class of the Dutch Supercar Challenge with in 2002, 2003 and 2009. Now running his team with the Marcos, the Lotus and two BMWs, he is using his engineering and driving skills, his racing strategy talent and his leadership experience, to not only continue putting himself on the podium, but also his co-drivers and apprentices.

Our second core driver is Hal Prewitt (USA) who drives all races on the Lotus (24H Series and Silverstone) as well as on the M3. He is double-starting in the 24H series to maximize his chances of winning the series overall - he already has a class wins from Dubai 24H in January and Zandvoort in May as well as a 2nd place from Paul Ricard in July. For more info I think it is easier for me just to refer to his own web page here: http://www.prewitt.net/